Keep it a bit quiet – mustn’t tempt fate, you understand – but I’ve got a spot of good news. Val and I are seeing each other again. We’re taking it slowly at first – spent just a week together last winter – but it’s enough for us both to realise the old spark’s still there.

Sure, there are compromises. I’ve promised not to take her for granted, and not to slip back into the same dull old routine. She’s undertaken not to keep me waiting all the time, and to tone her behaviour down a bit after a few drinks.

You see, the magic fizzled out of my long-term affaire with Val d’Isere in the late Nineties. There was no bust-up – rather, it was a build-up of petty frustrations that made the relationship untenable.

As a self-confessed ‘recreational’ skier, happy to spend most of my time on piste, I’d built up a load of favourite trails in the Espace Killy: doing short swings (remember those?) down the Face de Bellevarde; bombing down the long cruisers from the Aiguille Percé to Les Brevieres; just pottering around the wide open pistes under the Grande Motte.

Somehow, the crowds and queues always seemed to second-guess my plans. And at the worst of the lift bottlenecks, I’d wait seething in line as chair after chair disappeared up the cable carrying just one or two people, with the attendants appearing to care not a jot.

What’s worse, I was also pursued by a noise: the rasp of an out-of-control snowboarder failing to get an edge on a hard-packed piste. Even having developed a bat-like awareness for the sound, I got wiped off the face of the mountain by a hit-and-run boarder on several occasions. 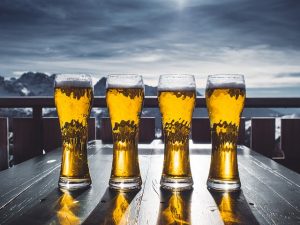 Val’s behaviour off the slopes provided the final straw. Let’s not pretend otherwise: the place has always been a home-from-home for the sort of Brits once characterised as Henries and Henriettas. There’s nothing wrong with that. Some of them are good friends of mine, and their forefathers invented alpine skiing.

But towards the end of the last decade, the place was out of control. The main trawl from the Moris Pub to Dick’s T-Bar seemed entirely colonised by stuffed rugby shirts on corporate race tournaments, tottering teenagers from university ski outings and shrieking chalet staff – all on a mission to get as smashed as possible, whether they enjoyed it or not.

One night brought the pleasure of skidding my foot through an inky pool of thrown-up sambuca outside the Pacific Bar, as a spindly Henrietta stopped outside the window of the restaurant next door to flash her breasts to the diners.

Then – after a chilly half-hour queue for a bar whose name I won’t mention – our whole party caught a stomach bug, apparently because staff couldn’t be bothered to wash the beer glasses properly (or at all) between pints. This wasn’t Fulham-aux-Alpes so much as Mont Magaluf. Barely halfway through my 20s, I was being made to feel like a miserable old git for hating it. I decided not to go to Val d’Isere any more.

So what has changed? Well, we both have, Val and I. The town has calmed down – in part, thanks to a crackdown by the authorities on drunken behaviour – and seems no longer in peril of becoming to the Alps what Prague is to stag nights. The bugbear of crowds on the slopes has been addressed by spanking new lift infrastructure. But just as important is the realisation that I’d got myself into a rut with Val d’Isere.

Seeking out lesser-known corners of the ski area has repaid the effort in spades. Having a guide – even if not planning any serious backcountry escapades – makes a huge difference. Since getting back with Val, I’ve skied both with Tetra and with independent alpiniste Pierre Liotard.

The under-used Iseran sector, above Le Fornet, was a place I’d thought of as blasted and bleak before; but in good weather, at least, its long, cruising runs are scenic and soul-lifting. Then there are the ‘Naturides’ of Tignes – black runs that are left unpisted. These swiftly end up as a giant’s bubblewrap of moguls, where some fantastic bump skiing is on offer. 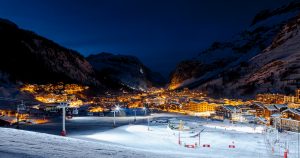 I’ve rethought my bar crawls, too. I’ve always liked Le Petit Danois, but the place is a lot more fun if you get there earlier in the evening, when conditions are less like a veal crate. Likewise, Bananas bar, at the foot of the pistes, is good in the hiatus between close of lifts and the late-night invasion, for backgammon and oil-drum sized beers.

And I’ve realised there’s simply no point in getting snotty about Dick’s T-Bar. You’re going to end up there, whether you like it or not; so best enjoy it for what it is (the lucky reincarnation of a provincial nitespot called something like Cinderella’s) rather than decry it for what it’s not (Val d’Isere’s answer to Les Caves in Courchevel).

For lunch stops, I still have a soft spot for La Fruitiere, at the top of the Daille gondola, and the thumping afternoon parties outside La Folie Douce next door have a truly international appeal. But there’s a lot to be said for seeking out quieter spots. Le Trifollet on the way down to La Daille is more reasonably priced, and the food’s almost as good.

Best of all, though, is to report that there have been no encounters with the squadrons of kamikaze boarders who used to blight the slopes. I don’t know how Val sorted that one out, but I’m grateful. So here’s to the renewal of a beautiful friendship.