A new look at the Costa Brava

This was the Spanish Tourist Office’s centenary campaign to promote the Costa Brava, 100 years after the name was first coined by a Spanish journalist.

Andy Paradise and I travelled to the Girona region to tour both coast and countryside. We were briefed to highlight the natural beauty, lively towns and artistic heritage. A secondary focus was on the Costa Brava as a destination for gastronomic tourism, with coverage of both high-end dining and the area’s traditional cuisine.

Below are some excerpts from the supplement. All photography © 2009 Andy Paradise.

THE ART OF EATING 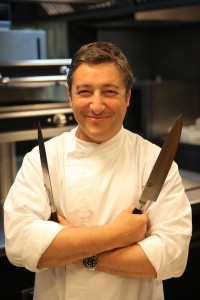 Sometimes the only appropriate response to a meal is to sit back, digestif in hand, in a state of exhausted wonder.

This is certainly how I felt after spending three hours over a tasting menu at El Celler de Can Roca: the fifth-best place to eat in the world, according to Restaurant magazine’s 2009 rankings.

When chef Joan Roca came over for a chat, the questions tripped and tumbled out of my mouth. How had he managed to make the suckling pig come out like that: meltingly tender, yet somehow the porkiest of any pork I’ve tasted – and with crackling as delicate as a single leaf of filo pastry? 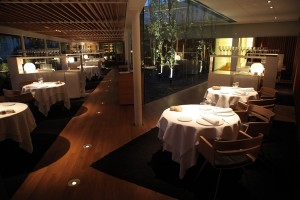 And what about the second of our desserts, an amazing confection in which everything – even a lambswool-like candy floss – was made from sheep’s milk?

“It’s an experience. You’ll have noticed that the dessert was square, but in an oval dish” (I hadn’t.) “This means that you have to clatter the spoon against the side to eat it – which makes a noise reminiscent of a sheep’s bell.” 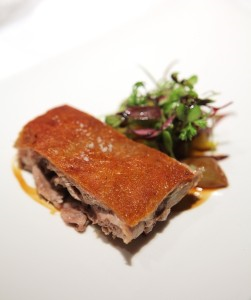 This is eating elevated to performance art; but then the Costa Brava is a powerhouse of culinary creativity. Arch-experimentalist Ferran Adrià, the mastermind behind El Bulli at Cala Montjoi, is the region’s best-known ambassador, and widely hailed as the world’s best chef.

But there is much more to the food of the Costa Brava than the avant-garde. Eating simply and well is ingrained in the Catalan character, and historically made possible by the variety of fresh produce that is available. The region’s cuisine is extremely varied, as might be expected of somewhere that has both a mountainous interior and a long coastline…

BY HOOF OR BY FOOT

If, like me, you would not consider yourself a morning person, consider a stay at Agroturismo Mas Les Comelles, near Girona.

Coming downstairs to breakfast brightens bleary eyes in a trice – not just for the magnificent spread of food, including sausages, hams and yoghurts produced on the farm, but for the amazing views from the window, across the mist-shrouded Vall d’en Bas to the distant crown of mountains.

La Garrotxa’s verdant landscapes are among the most striking to be found in the whole Girona region. Wide plains give way to volcanic caldera covered in holm-oak forest; these, in turn, yield to the High Pyrenees, still capped with snow in late spring. More than 12,000 hectares fall within the bounds of La Garrotxa Natural Park – an area protected from development and exploitation since the early Eighties. 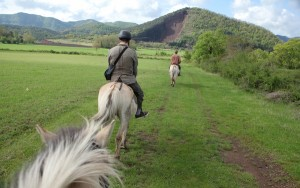 Many visitors explore the area on foot or mountain bike, but I opted for another mode of transport. Esther, a grande dame among ponies at the age of 25, carried me gently and uncomplainingly along the trails and bridleways near the ancient town of Olot.

It’s easy to see why riding is so popular here. As we sauntered along country lanes and cinder paths, I drank in the views from my vantage point in the saddle: copses of ancient woodland (some haunted, according to local legend) and long-extinct volcanic cones, bearing the black scars of quarrying.

Well-maintained walking trails criss-cross the Costa Brava, with several radiating out from the city of Banyoles. The most famous, though, is to be found at the coast. The Camino de Ronda was originally established to help the Spanish Civil Guard combat smuggling. Today, it has become a series of public footpaths, linking many of the most attractive bays and coastal villages. 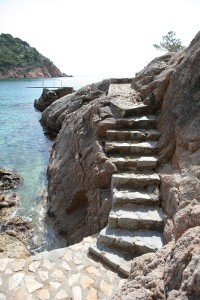 One of the most interesting sections is around Tamariu, an unspoilt bay with a sprinkling of small hotels and beachside restaurants. Between here and Llafranc, the trail threads up and down the rugged cliffs, through the fringes of pine forests and past some seriously sumptuous villas.

As I walked the path, my guide explained that development within 100m of the coastline is now banned, meaning that such properties now sell for astronomical sums.

But however jealously their owners may wish to guard their privacy, the glorious scenery of the coast is within reach of everyone. All beaches are public property under Spanish law, and landowners are obliged to grant access.

A SENSE OF THE SURREAL 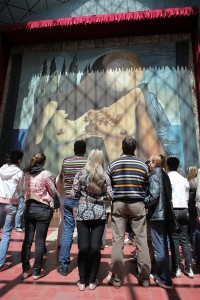 Visit Figueres, and you’ll find it difficult to miss the Salvador Dali Theatre-Museum. The exterior, painted in earthy red, is studded with sculptures of rustic loaves, and Oscar-like golden figurines stand to attention on the roof beside gigantic eggs.

It is a good idea to get used to these motifs before entering, as all three recur often in the surrealist’s works. It’s also worth leaving all conventional notions of logic and reason outside.

The Theatre-Museum is one of three centres run by the Gala-Salvador Foundation, the body set up by the artist himself to look after his works, properties and reputation. When Dali acquired the derelict theatre in the Sixties, he decided to turn it into the world’s largest work of surrealist art. (The building was also to become his mausoleum, and you can visit Dali’s tomb in the basement.)

After the Prado in Madrid and Bilbao’s Guggenheim, it is now Spain’s most-visited museum, attracting a million visitors each year. 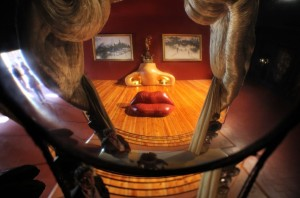 On entering the atrium, you are first greeted by the “Rainy Cadillac” – Dali’s beloved car, which now carries snails and misshapen mannequins in its cabin. Insert a euro in the slot, and a torrent of rain sluices down inside the vehicle.

Beyond this, it is tricky to talk of highlights in the museum, so many are its treasures. A personal choice would include the enormous nude of Gala – Dali’s wife and muse – which, if squinted at, turns into a pixellated portrait of Abraham Lincoln; the ceiling fresco of Dali, Gala and the cosmos in the Smoking Lounge; and the Mae West room. Here, you are directed to climb up a flight of stairs and look through a lens, whereupon the furniture magically assembles itself into a representation of the actress’s face. 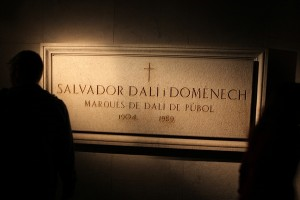 Completists will want to see the two other museums that make up the “Dali Triangle” – Gala’s castle at Púbol, and the artist’s house and studio on the coast. But before leaving Figueres, there is an adjunct exhibition to the main museum that is a must-see.

Dali-Joies is a collection of 37 jewellery pieces that he designed between 1941 and 1970. Its centrepiece is the Royal Heart, a confection of gold, rubies and other precious stones that – rather unnervingly – beats to the rhythm of a typical human heart.